Malaysia – Land of the Jungles 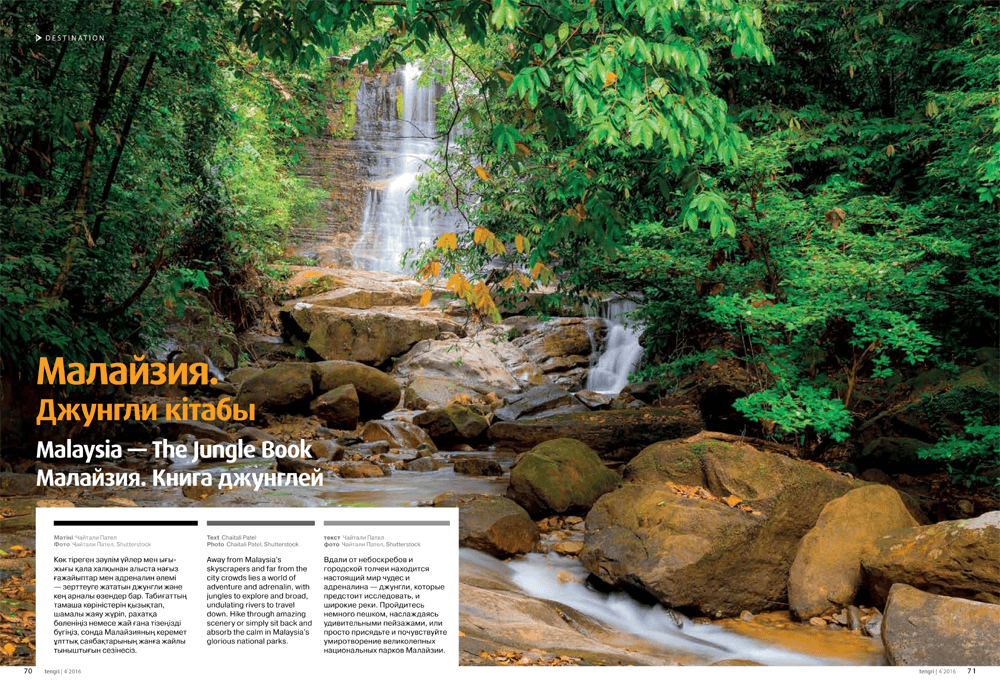 Given its rather modest size, Malaysia packs in a fascinating mix of diverse cultures. The young nation has made significant economic progress and Kuala Lumpur, its capital city, rivals some of the biggest cities of the world in infrastructure and development. But it is the jungles of Malaysia that are the country’s true jewels. It’s probably one of the few places in the world where you can explore rain forests that are millions of years old.

Much of the country’s riches have come from its vast forest resources. Recognising the importance of sustainable development and conservation, many of the forests are now designated national parks and protected areas. In Malaysia, the jungles are almost always accessible, offering you a world of adventure in some of the most beautiful tropical forests in the world.

Bako National Park is the oldest national park of Sarawak, one of the two states of the Malaysian island of Borneo. Situated at the mouth of the Kuching and Bako rivers, 37 kilometres from Kuching, the capital of Sarawak, the park is accessible only by sea, and the last stretch of the journey involves jumping off the boat and wading through the water onto the beach. 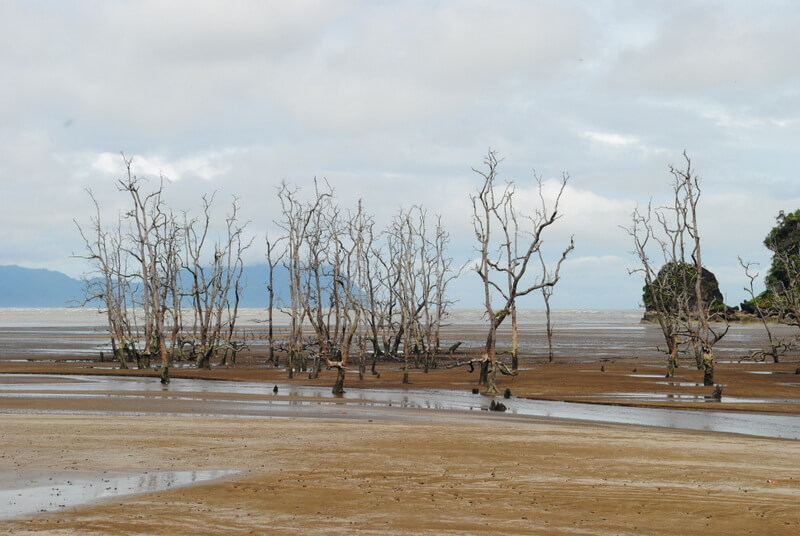 Years of sea and wind erosion have resulted in an awe-inspiring landscape with cliffs, rocky headlands and sandy beaches. But perhaps the most unique aspect of the park is the rocky shoreline filled with sea arches and sea stacks. The isolation of this place, combined with its stark natural beauty and the approach, makes you feel like an explorer setting out on a expedition in search of a new world. Stepping into Bako is like stepping back in time.

Though small in size, Bako boasts rich flora and fauna. Almost every kind of plant found in Borneo is found here. A short walk around the park headquarters with a guide (you can hire one from the headquarters) gives you a chance to see the carnivorous pitcher plant, rare orchids, bearded pigs and the endemic and endangered long-nosed proboscis monkeys. In fact, it’s so easy to spot wildlife in Bako that it’s the perfect place to take children to see animals out in the wild.

For those looking to explore the jungles, there are longer trails that lead you into a forest dotted with waterfalls, streams and hidden coves. Camping grounds and rooms are available around the park headquarters for those planning to explore Bako over a few days.

Regarded as one of the most thrilling and magnificent of Malaysia’s national parks, Gunung Mulu was recognised as a UNESCO World Heritage Site in 2000. The park has an impressive collection of national treasures, including the world’s largest cave chamber, the Sarawak Chamber, that can fit in (hold your breath) no less than 40 Boeing 747 aircraft, and the jaw dropping Pinnacles – a cluster of razor-sharp limestone spikes – and both of these natural wonders are set deep in mountainous, equatorial rainforest. Mulu has many tales to tell of great explorers and their epic journeys into the forest. The park still offers the same sense of excitement to the modern traveller as you set off to indulge in jungle trekking and caving. There are many different caves to choose from and, for the more adventurous, there are caves where you literally have to push your physical strength to the limit by swimming through underground rivers and scaling steep rock faces. The hard work is certainly worth it as you will be rewarded by sights of incredible beauty that not many in the world have been privy too. Most of the activities in Mulu National Park demand a certain level of physical fitness and require prior planning and booking. Accommodation is available at the park headquarters, ranging from deluxe lodges to hostels, and there are daily flights from the park to Miri and Kuching.

What makes Teman Negara popular with many visitors, apart from the fact that it is 130 million years old, is its easy accessibility from Kuala Lumpur (240 kilometres) and the range of adventure activities it offers for people of all ages.

One of the most popular attractions is the canopy walkway: similar to a suspension bridge, it hangs between trees, 40 metres above the ground. This allows you to look down at the jungle far below as you cross over and enjoy the company of the magnificent rainforest trees. At 530 metres, it’s the longest of its kind in the world.

The park offers visitors a chance to explore the jungle both on long and short treks. It’s also possible to join a night trek into the jungle to observe nocturnal animals and to feel the jungle come to life as darkness falls.

Malaysia has several indigenous tribes, and in Teman Negara you can visit the Orang Asli settlement. These gentle folk have been living in the forests for centuries and know it like the back of their hands. They speak in their own native language and live a simple nomadic existence. With the help of a guide you can spend time with them, learning about their life and picking up some of the skills needed for survival in the forest.

Five hundred and sixty kilometres long, Kinabatangan is Sabah’s (the other state of Malaysian Borneo) longest river. The chocolate-brown, muddy waters of this river meander their way into the depths of the thick jungle, flooding their banks during the monsoons. Cruise down the mighty Kinabatangan to see the incredible wildlife of Borneo from the comfort of a boat. The endangered orangutan is found here, as are proboscis monkeys, leaf monkeys and tarsiers. The easiest way to get to Kinabatangan is to fly into Sandakan, Sabah’s second biggest city from Kota Kinabalu or Kuala Lumpur. Most tour operators offer a package that covers accommodation, food and cruise charges as well as the use of a guide.

If you missed seeing an orangutan in the wild, then make a trip to the Sepilok Orangutan Rehabilitation Centre, which gives you a chance to see these unique animals in a protected environment. At Sepilok, orphaned, injured and rescued orangutans are brought in and taken care of until such time as they are ready to return to the wild. The most popular time to visit the centre is in the morning or afternoon when the orangutans are being fed.

Today we only have pockets of fragile forests left, and Malaysia is one of the few countries that offers the opportunity to explore them. Spending time in the jungle is a journey that takes us both outwards and inwards, as we truly go back to our roots.

Bako National Park and Gunung Mulu National Park are located in Sarawak.  For information on both these national parks visit: www.sarawakforestry.com