Situated right besides the majestic Gangaur Ghat, Bagore Ki Haveli is a palace built in the 18th century by Amir Chand Badwa, the Prime Minister of Mewar.  After his passing, the Haveli was in the possession of Maharana Shakti of Bagore and came to be known as Bagore ki Haveli or the house of Bagore.

Left unattended and uninhabited for several years, the Haveli was reduced to shambles and it was only after it was handed over to the West Zone Cultural Centre that painstaking restoration work began.

While we didn’t explore the Haveli, we went there the first evening that we were in Udaipur to watch Dharohar, a performance that showcases Rajasthani dance, folk music and puppetry. We couldn’t have started off our Udaipur trip in a better way as the performance was both spectacular and spellbinding.

The performance takes place on the first floor of the building in an open courtyard called the Neem Chowk, because there’s a massive tree that occupies its place of pride right in the center of the courtyard.

We bought our tickets for the show and planned to grab a coffee before it started, but luckily the guard advised us to head right up and get good seats. It was very valuable advice as by the time the show started there was not an inch of space left and people were lined up at the back. 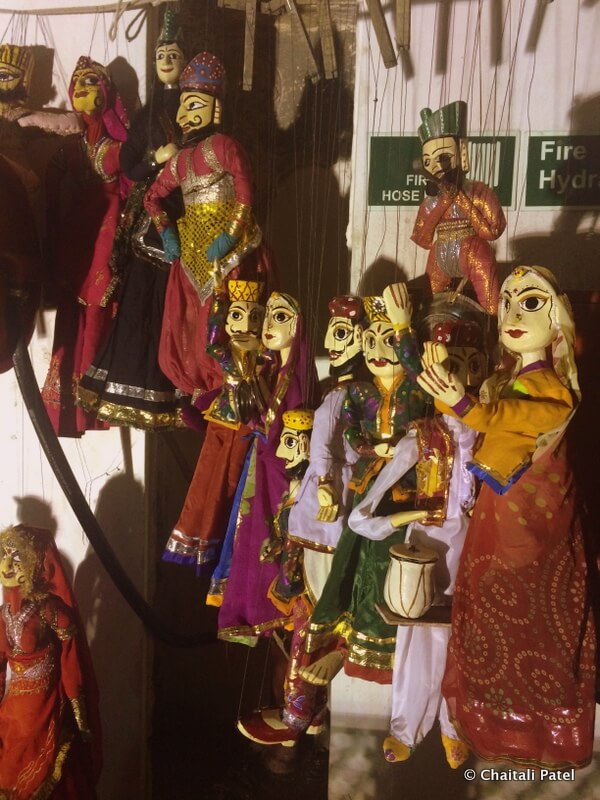 Musicians perform on a stage set in one corner of the courtyard while gaddas or mattresses are spread on the remaining three sides for people to sit. There are beautiful embroidered hand fans lying around, which you can pick up and use in case you feel hot.

It was a pleasant evening and the performance started almost right on time. A quick introduction in English was followed by blowing of a conch, beating of the drums and a song, all considered auspicious. The first performance which was that ofChari dance, where women dressed in colorful costumes dance carrying brass matkas on their heads with a burning flame. They swirl and turn with abandon and show no sign of fear as they dance with fire on their heads.

This was followed by a Tehra Taal dance, where women have thirteen (and hence the name Tehra meaning thirteen) manjiris or cymbals tied to different parts of their body. The dancers play the cymbals  deftly in coordination with each other and to the background music with absolute perfection.

Camels are integral part of life across Rajasthan and in the Gorbandh dance, dancers (group of women) wear ornaments that are used to decorate camels and dance to traditional Gorbandh music.

We had 2 children with us, one 4 and the other 5 and they enjoyed the performance thoroughly. Not once did they fidget or say lets leave. The puppet show was a definite highlight for them. Puppetry is an important part of Rajasthani folk traditions and is said to be as old as 1500 years old. Even today no celebration is complete without a puppet show. A display of skill and dexterity, the puppet show was funny and had the audience in splits.

For most people, Ghoomar or women wearing colorful ghaghara cholis swirling and twirling is the image that they associate with Rajasthani dance. Said to have originated within the Bhil tribe, this fast paced dance is both beautiful and spellbinding. 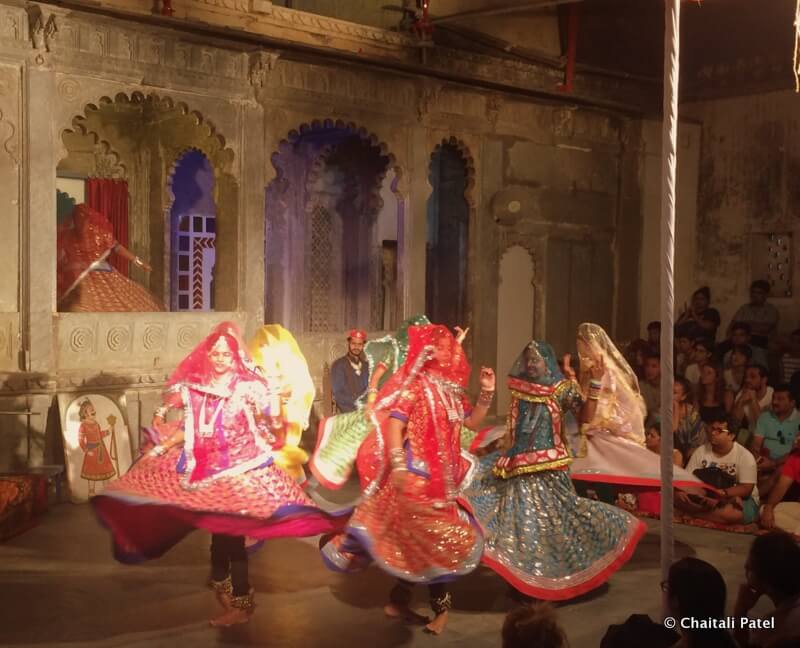 But it was the last performance that had the audience in raptures as a dancer started the dance with 3 pots balanced on her head, finishing with as many as 10 pots. She moved like their was nothing but her veil on her head as she went from one corner of the stage to the other, dancing gaily.  She danced on the edge of a plate as well on broken glass with unbelievable ease and grace. Known as the Bhavai dance, the focus here is on the pot, which again is an important part of life in Rajasthan, where women have to walk for miles to bring back water for their families. 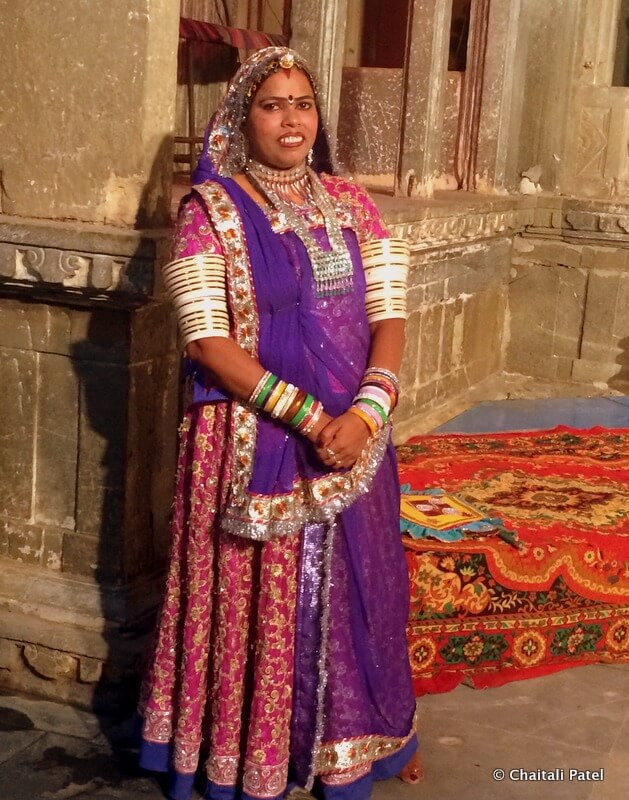 Music, dance and art are an intrinsic and integral part of life in Rajasthan and its colorful people. These art forms have evolved from the lives of the common people and they beautifully reflect their story, beliefs and aspirations.

The 1 hour performance at Dharohar was a superb showcase of the traditions of Rajasthan and its people. All the performers genuinely seemed to enjoy what they were doing and that took the whole show to another level. Interesting commentary, well planned and happy performers make this a must do in Udaipur!

Ticket prices: INR 60 for Indians and INR 100 for others

You have to buy a ticket if you would like to use your camera or phone to record the performance or click photographs.

Get there early so you get tickets for the show and go to Neem Chowk well in time to get good seats.

If you are unable to sit on the floor, there are chairs available at the performance venue.

Read: Eat Your Way Around Udaipur