A trip to Borneo is never complete without a visit to one of the museums dedicated to preserving the history and traditions of the many tribes or the original inhabitants of the land.
Run by the Government of Sabah, the complex comprises the Main Building, the Science and Technology Center, the Heritage Village, Ethno-Botanical Garden and the Sabah Islamic Civilisation Museum. The Heritage Village is a good starting point to get a glimpse into the lives of the tribals. 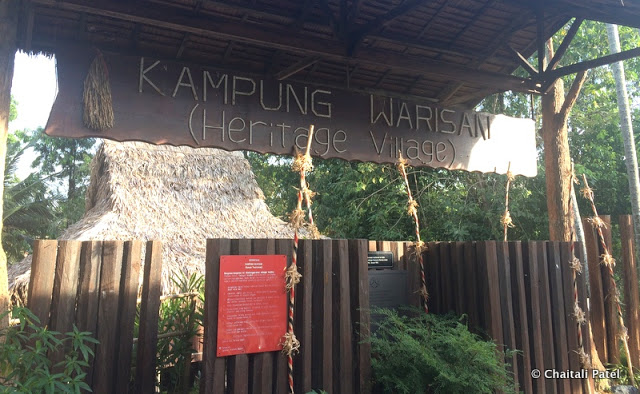 Traditional tribal dwellings have been recreated in this section and one can just walk around to see how different tribes lived and functioned as a community. 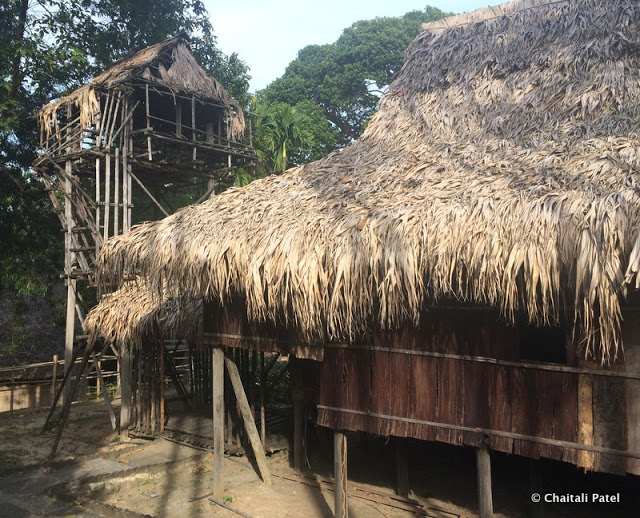 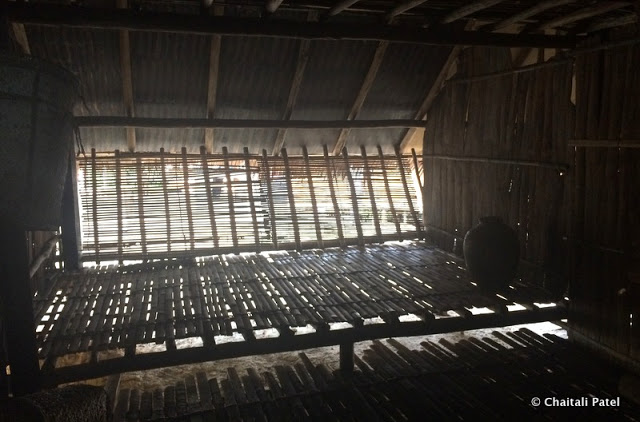 Found mostly in Kudat, Kota Marudu and Pitas districts of North Sabah, the Rungus are farmers who mainly cultivate maize, tapioca and hill paddy. They live in a longhouse called Binatang, which are most often built near a water source. A longhouse like the name suggests is a long house with many families living under the same roof, with each family have their own individual rooms. These houses are primarily built of bamboo. The longhouse is divided into two main sections, sid apad (outside) and dan sid ongkob (inside). The outside area consists of multi functional open space for resting, entertaining guests and a space for social activities like dancing and doing craft. There is a separate area for visitors to wash their feet. The inside of each room has a space for the family to sleep, a dining area, a cooking area and a cleaning area. 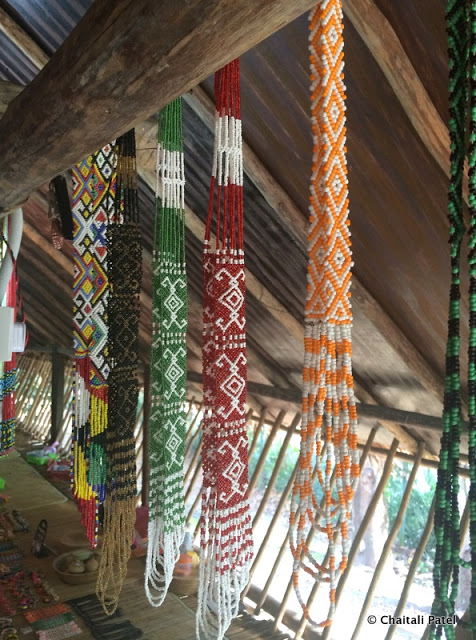 The Rungus are known for their intricate beadwork.

The Murut Longhouse
Murutic people belong to the Southern part of Sabah and their main means of livelihood is hunting and farming. A Murut longhouse consists of more than 15 huts. Made of bamboo, the houses is built on stilts to safeguard from flooding rivers. Like the Rungus Longhouse, the Murut longhouse also has two sections one a common living area and the other individual huts for each family. An important feature of Murut longhouses is a trampoline like bouncing section called Lansaran. The Lansaran is made of wood and the floor consists of planks. This part is used for entertainment by groups of chanting participants mostly celebrating a successful headhunting operation. Often a target made of wood and in the shape of a bird, is tied high above the Lansaran and one has to jump as high as possible to try and bring the target down. 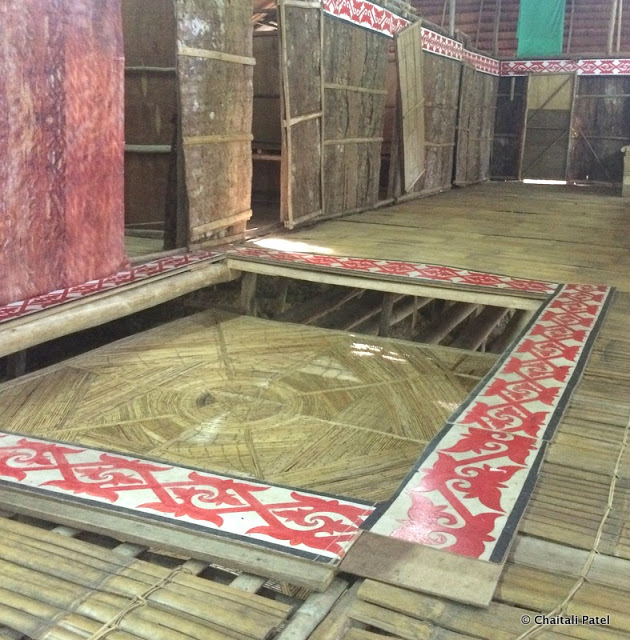 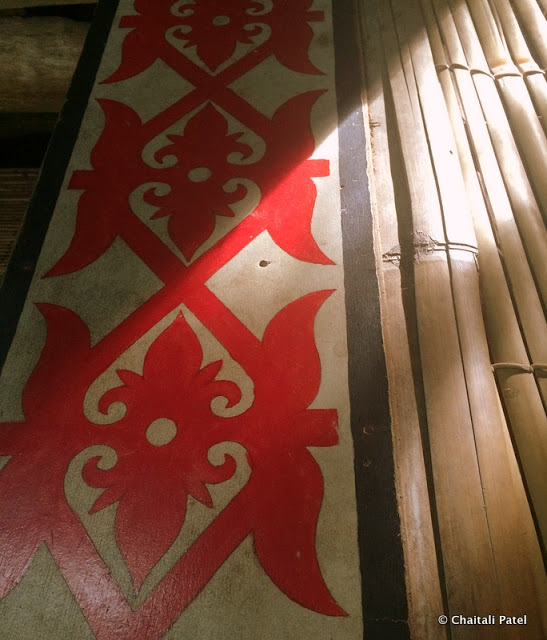 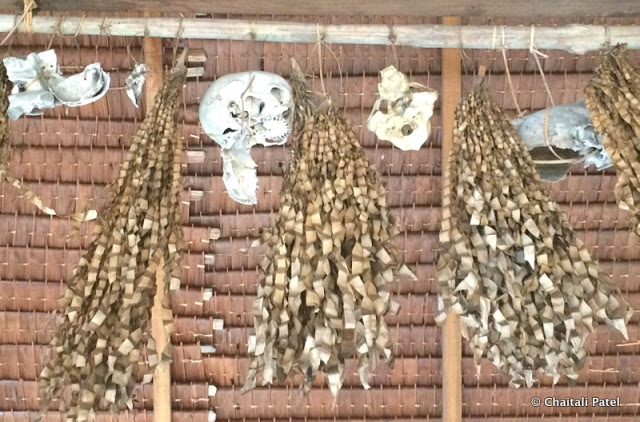 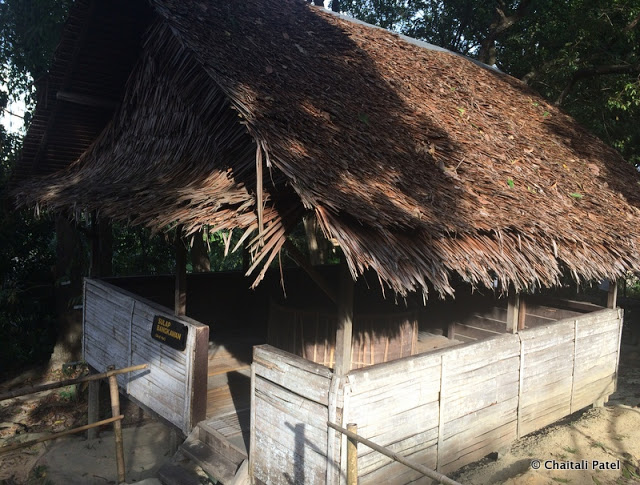 As we walked through the houses, we saw a small hut where human skulls were hanging. Headhunting was practiced widely in Borneo in the past and it is a custom that was integral to the lives of some of the tribal communities of the island. What we were looking at was a Bangkavan or a collection of human skulls suspended from rafters in a traditional Kadazandusun house. Often seashells and bones were added too. A relic of the headhunting days, it was believed that hanging skulls would bring good fortune to the household.

While a lot of what we saw was no longer in present times, they serve as an important reminder of where we have come from and what life was like then.
8 Comments
By Chaitali