The Riches of a Desert Country 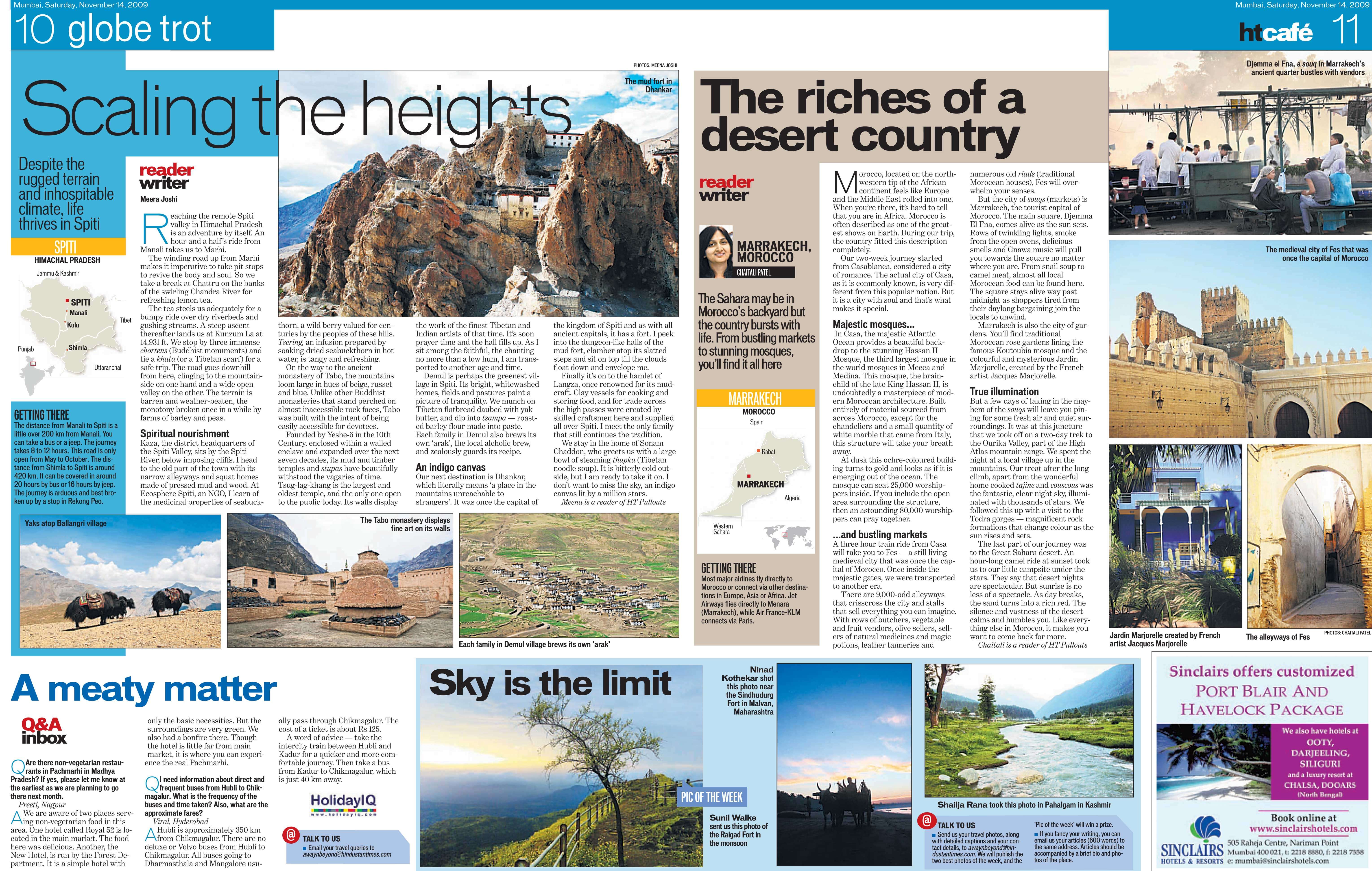 Morocco, located on the North Western tip of the African continent is more like Europe and the Middle East rolled into one. In fact, when you are there it’s hard to tell that you are in Africa. Described as one of the greatest shows on Earth, Morocco for us lived up to this description completely.

Our two week journey started from Casablanca, considered to be a city of romance and charm. The city of Casablanca, often referred to as Casa is very different from this popular notion, but it’s a city with a soul and that’s what makes it special.

The majestic Atlantic Ocean provides a beautiful backdrop to the stunning Hassan II Mosque, the third largest mosque after Mecca and Medina. Undoubtedly a masterpiece of modern Moroccan architecture, this mosque was the brainchild of the late King Hassan II. Built entirely out of material sourced from across Morocco, except for the chandeliers and a small quantity of white marble that came from Italy, this structure will take your breath away the moment you catch a glimpse of it.

At dusk this ochre coloured building turns to gold and looks as if it’s emerging out of the ocean. The mosque can seat twenty five thousand worshippers inside and if you include the open area surrounding the structure, then an astounding eighty thousand worshippers can pray together.

A three hour train ride away from Casa will take you to Fes – the largest living medieval city. Once inside the majestic gates, we were transported to another era. There are nine thousand odd alleyways that crisscross through the city and stalls that sell everything your mind can imagine. Rows of butchers, vegetable and fruit vendors, olive sellers, sellers of natural medicines and magic  potions, three hundred odd mosques, leather tanneries and numerous old riads (traditional Moroccan houses), Fes will overwhelm your senses like nothing you have experienced before.

But the city of souqs (markets) is Marrakech, the tourist capital of Morocco. The main square, Djemma El Fna, comes alive as the sun sets. Rows of twinkling lights, smoke from the open ovens, delicious smells and Gnawa music will pull you towards the square no matter where you are.  From snail soup to camel meat, almost all local Moroccan food can be found here.  The square stays alive way past midnight as shoppers tired from their day long bargaining join the locals to unwind.

Marrakech is also the city of gardens, with traditional Moroccan rose gardens that line the famous Koutoubia mosque to the colourful and mysterious Jardin Marjorelle, created by the French artist Jacques Marjorelle.

But a few days of the souqs and all the mayhem will get you pining for some fresh air and quite surroundings. It was at this juncture that we took off on a two day trek to the Ourika Valley, part of the High Atlas mountain range. We spent the night at a local village up in the mountains, and our treat after the long climb, apart from the wonderful home cooked tajine and couscous was the fantastic clear night sky, illuminated with thousands of stars. We followed this up with a visit to the Todra gorges – magnificent rock formations that change colour as the sun rises and sets.

The last part of our journey was to the Great Sahara desert. An hour long camel ride at sunset took us to our little campsite under the stars. But if desert nights are considered to be spectacular, watching the sunrise is no less. As day breaks the sand turns into a rich red. The silence and vastness of the desert will not only calm but humble you. And like everything else in Morocco it will make you want to come back for more.

A slightly edited version of this article was published in HT Cafe on the 14th of November 2009.