We have all grown up listening to stories of a Prince charming who rescues a Princess from distress thereby changing her life forever. Move over Prince, times have changed and the Princesses today have taken over the mandate and thankfully so, in the case of the Chowmahalla Palace in Hyderabad.

In 1750, Nizam Salabhat Jung initiated the construction of the Chowmahalla Palace complex, but it was Nizam Afzar-ud-Dawla Bahadur who ensured that the palace was completed between 1857 and 1869. Built over 45 acres, today only 12 acres remain as part of the palace complex. 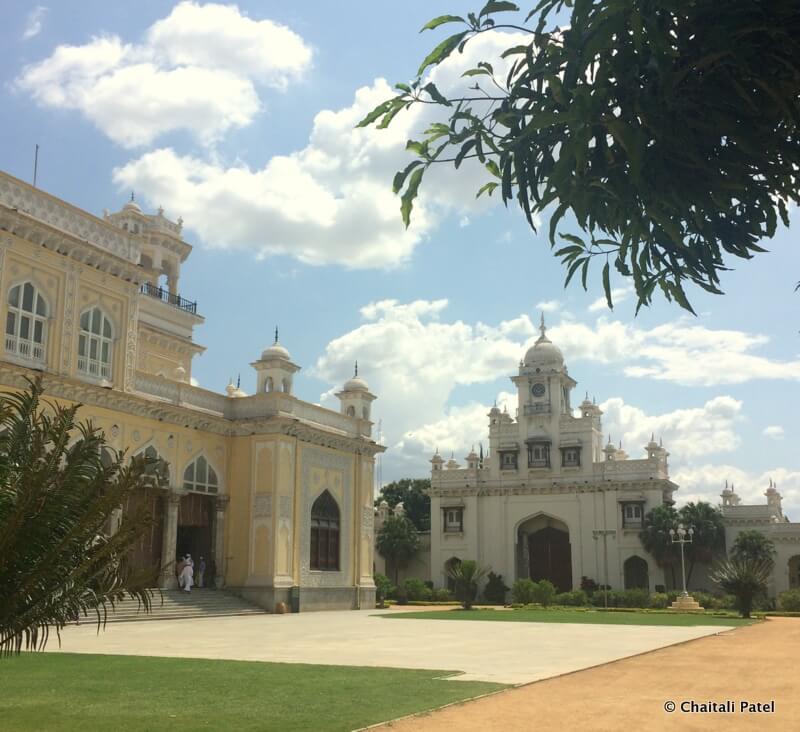 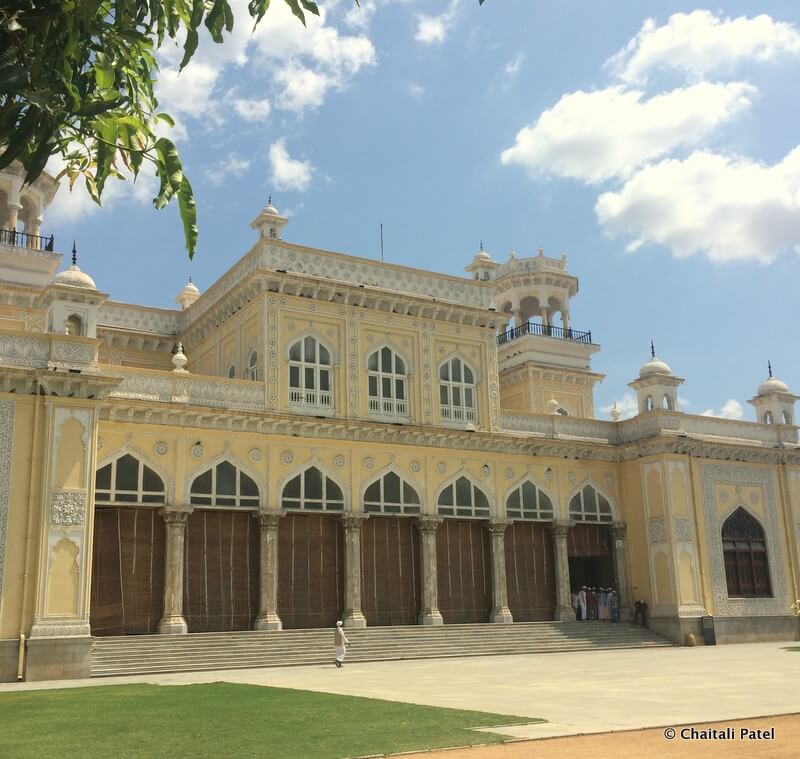 Built to be a replica of the Shah’s Palace in Teheran, Iran, the complex consists of two courtyards at the Northern and Southern end with two palaces, the grand Khilawat or the Durbar hall, fountains and gardens.

Located in close proximity to Charminar, Hyderabad’s most identifiable symbol, once you enter the gates of the palace you will be transported to another era – one of immense beauty, as the Nizams were well known patrons of all things beautiful!

Once the richest man on earth, Mir Osman Ali Khan bequeathed his grandson, Mukarram Jah, unimaginable riches but also an unenviable position of having to settle disputes between thousands of descendants of the many Nizams and thus many claimants to his property. Weighed down by mounting problems and debts, Jah left his beloved Hyderabad and shifted base to Australia and started sheep farming.

With no overseer, much of the Nizam’s property was looted and destroyed over the years.  It was as if by divine providence that Princess Esra, the estranged wife of Mukkaram Jah, learnt of the sorry state of her husband’s affairs and decided to take charge. With great support from eminent lawyer, Vijay Shankardass, Esra set out to sort the many long standing legal battles that the Nizam faced, and also settle all of the legitimate and illegitimate descendants of the many Nizams.

With the funds that were left, Esra initiated the restoration of Chowmahalla Palace, a mammoth project given that the palace was sealed and left neglected for several decades.

As I walk into the Khilwat Mahal or the grand Durbar I am astounded by all the grandeur that surrounds me. The nugget of history that I shared above is something that I learnt of only after my visit. While there, I was simply amazed that the crumbling boundary walls and the unassuming entrance enclosed such beauty and magnificence within. Soaring pillars, ornate stucco work, gleaming marble floors, and 19 stunning Belgian chandeliers bear a silent testament to the glory days of the Nawabs and the city of Hyderabad itself. Even today the Takht-e-Nishan or the royal seat built of marble is laid out with fine satin cloth. The Durbar was the heart of the palace and it was here that coronations and royal receptions for dignitaries from around the world were held. 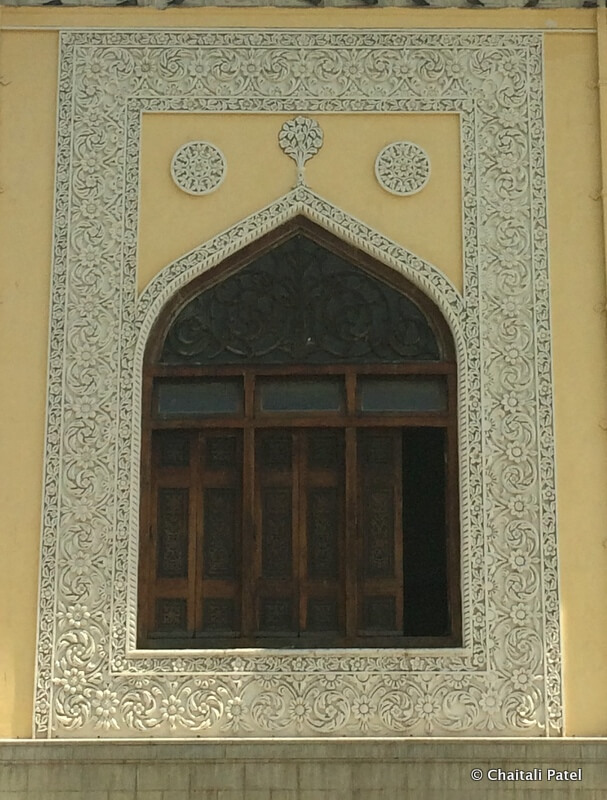 Ornate stucco work around the windows 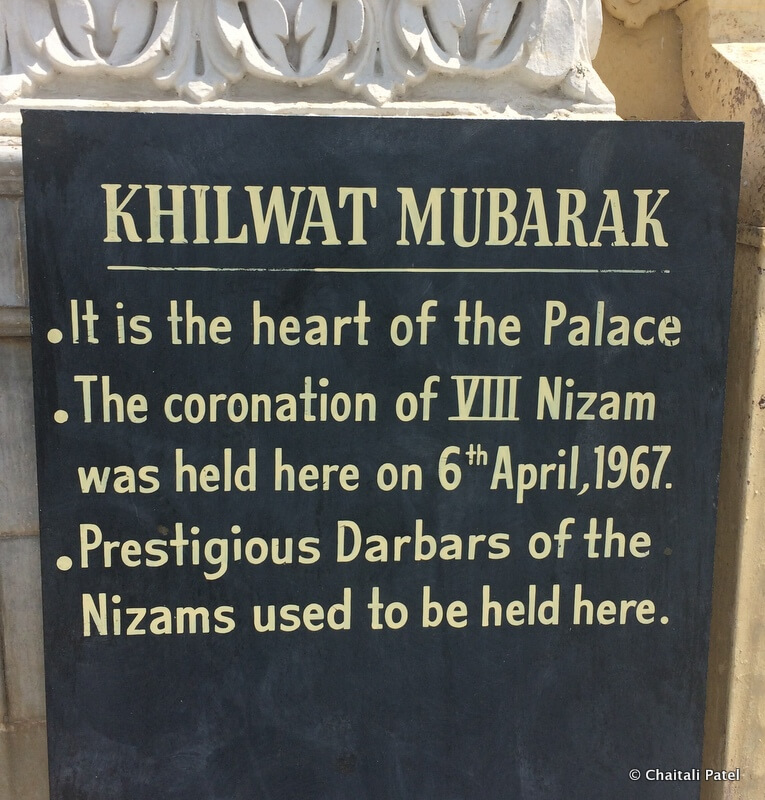 A plaque outside Khilwat Mahal 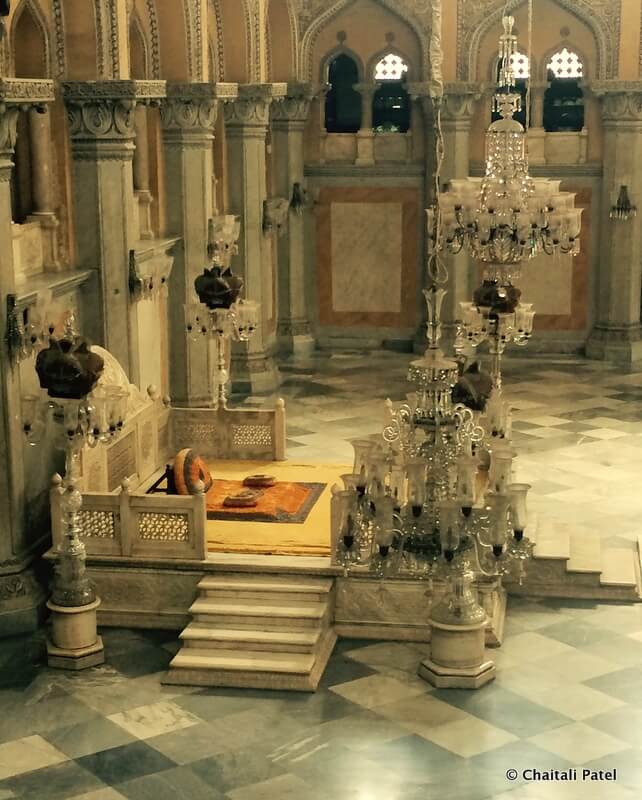 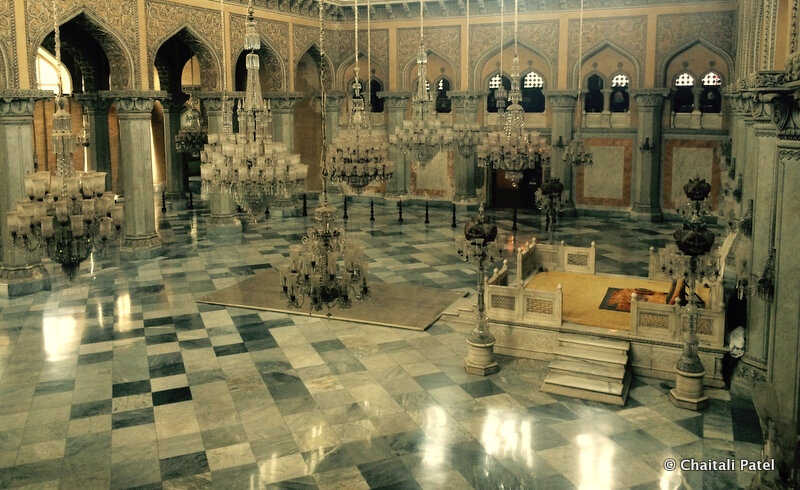 The Durbar Hall as seen from the 1st floor 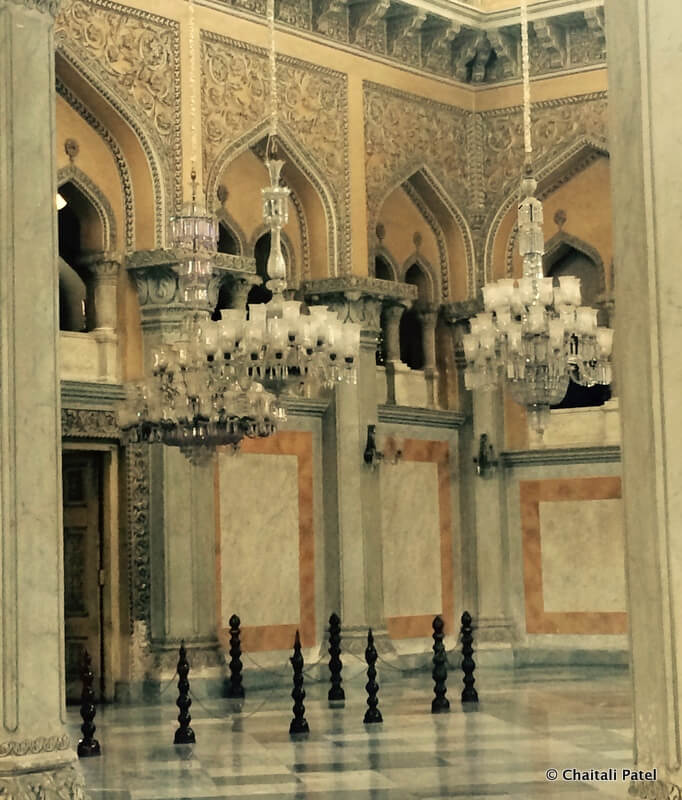 Around the main Durbar hall are 5 galleries showcasing the lives of the Nawabs. The Sisila-e-Asafia focuses on the legacy of the Asaf Jahi dynasty and their contributions to the State, chronicling the life of the 8 Nawabs. Mahallat, the next gallery shifts focus on the lives of the members of the Zenana (women’s quarters). Seileh Khana showcases a spectacular range of weapons that were used over the years. The two remaining galleries focus on manuscripts that have been preserved as well as a display of rare photographs.

A wooden staircase takes you to the first floor, which was originally where the female members of the family sat and observed the proceedings below. Today one section has a collection of fine china on display.

Walk across the gardens towards the back of the palace grounds towards Aftab Mahal that showcases some of Hyderabad’s finest brocades and embroideries. Mehtab Mahal houses a collection of rooms that have been painstakingly restored and redecorated to reflect the lifestyles of the Nawabs.

There is also a whole section dedicated to vintage cars, where you can see a Rolls Royce Silver Ghost from 1912.

I can’t help but wonder how much we would have lost as a nation if Princess Esra had not come to the rescue.

The Chowmahalla is still crumbling in parts and begs for better upkeep, and hopefully, more awareness and more visitors might help turn the spotlight on this little piece of magnificence right in the centre of Hyderabad!

One of my favorite authors and an authority on Indian history particularly the Mughals and Nizams – William Dalrymple – was one of the people to visit the palace with Princess Esra, and was witness to the breaking of the seals of some rooms that hadn’t been opened since the death of the last Nizam in 1967. Click here to read his detailed and spellbinding piece outlining the decline of the Nizams and the efforts made by the Princess and a team of highly qualified professionals across various fields to salvage what if left of their legacy today.