A Walk Through Ipoh’s Heritage Trail

Do you know how your city / town / village got its name? Ipoh one of the largest cities in Malaysia was named after the a local tree – Pohon Epu or Pokok Ipoh. A rather nondescript looking tree, its sap was used by the Orang Asli people to coat the tips of the darts they used in blowpipes for hunting purposes. In the olden times, the trees were found practically all across the city, while today only two remain. The one we saw stood right outside Ipoh’s grand railway station. 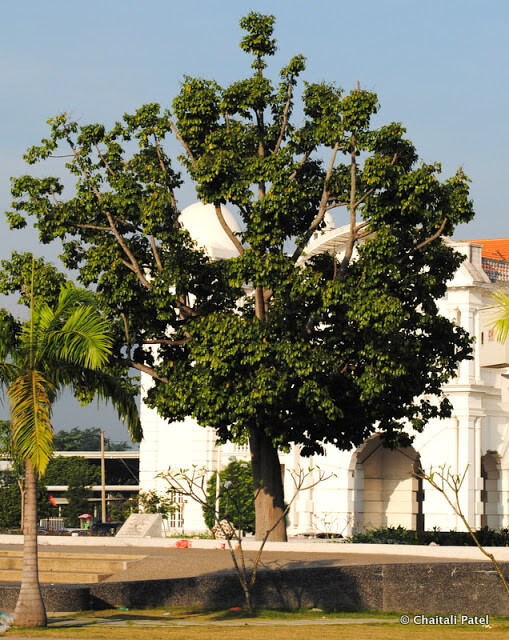 Ipoh flourished from the 1880s till the 1930s on the back of a booming tin mining industry. Many immigrants especially the Chinese made the city their home. It was during this period that several of Ipoh’s landmark buildings were built. The best way to explore Ipoh’s history is to put on your walking shoes and cover the heritage trail that will take you to almost all the noteworthy buildings in the city. The trail stretches over 4 miles but you can do it at your own pace, covering how much ever you want. 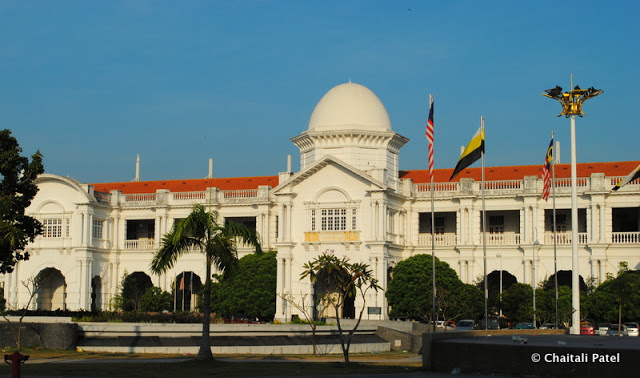 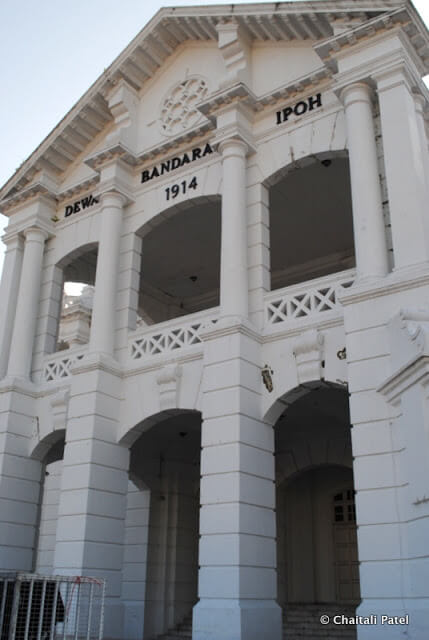 Turn a corner from the post office opposite the railway station and rising against the clear blue sky was the Birch Memorial Clock Tower, built in memory of James W. W. Birch, the first British Resident of the state of Perak. Birch was said to have disrespected local customs and traditions, and was always in conflict with local chieftains. This led to his assassination in 1875. 34 years later this memorial was built in his honor. Funded by the locals the friezes on the tower show 44 renowned people from around the world, like Buddha, Moses and Shakespeare. Prophet Mohammed’s image part of the collection was recently erased. The 4 statues at the top depict loyalty, Justice, Fortitude and Patience. 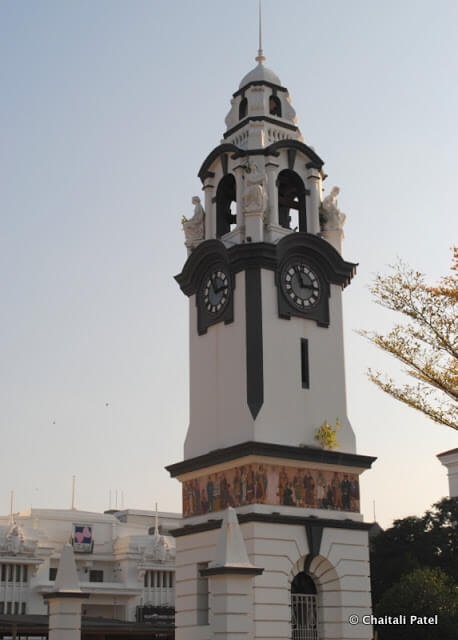 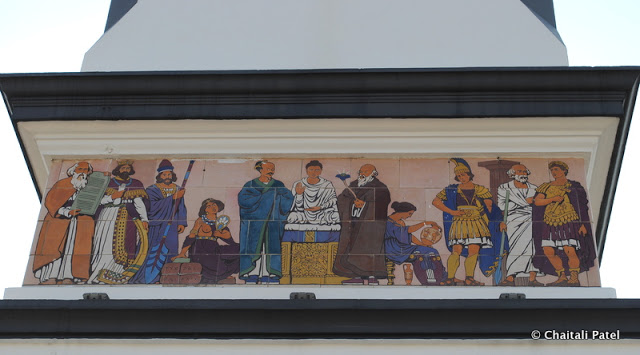 Standard Chartered Bank was the leading bank for the tin industry and it functioned out of the impressive Chartered Bank building that dates back to 1924, located on Jalan Dato Maharajalela.
The British introduced many of their territories to the good life and recreational clubs are found in most formerly occupied British territories and Ipoh is no different. Overlooking the Padang (open ground), the Royal Ipoh Club has many interesting stories attached to it. Founded in 1895 the club was used by the Japanese as a laundry house for their officers living at the nearby St. Michael institution during World War II. Reserved exclusively for the British, the first Malay to become a member was the Sultan of Perak. Following Malaysia’s independence in 1957, Malaysians were invited to become members. 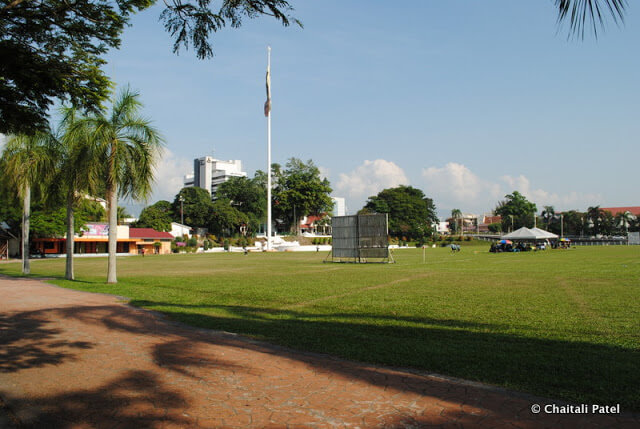 Ipoh is well known for its white coffee and its best to sample some as you cover the heritage trail. We had our fill at the Old Town White Coffee restaurant situated close to the Royal Ipoh Club. Painted on the side of the building that houses the outlet is a mural of an old man drinking coffee. Painted by Lithuanian artist Ernest Zacharevic, the mural is one of a collection of 8 murals that depict the history, life, beliefs and culture of Ipoh. Read about the murals here. 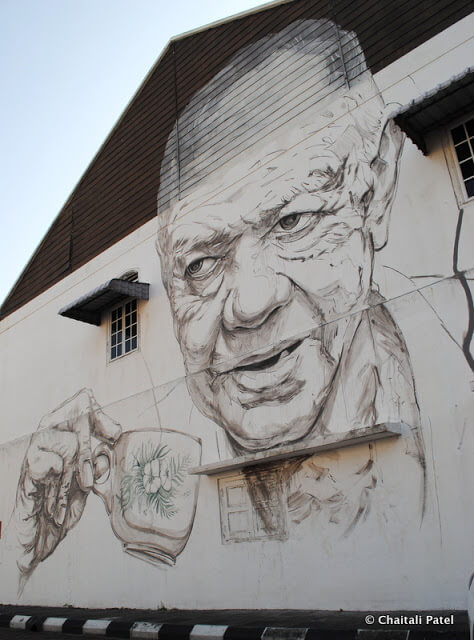 As we went mural hunting, we arrived at the infamous Concubine Lane or Lorong Panglima. Rich Chinese traders kept their mistresses in the houses along this narrow lane. Begging for some restoration today, efforts are being made to restore the alley to some of its former glory.
***
Getting started:
You can use the map below to cover Ipoh’s heritage trail. But I would recommend covering the trail with a guide who will help bring the structures to life and give you a glimpse into the local life on your walk. 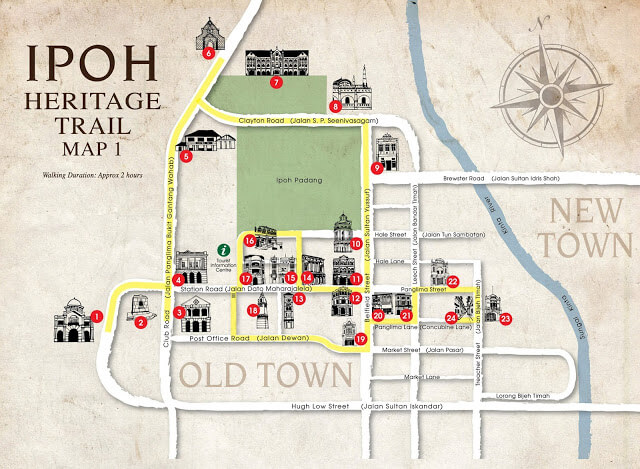 How to get to Ipoh:

Ipoh is Malaysia’s 3rd largest city and is well connected to Kuala Lumpur by rail and road. You can take the Electric Train Service from Kuala Lumpur to Ipoh, that takes approximately 2 hours and 15 minutes. The North-South Expressway also connects Kuala Lumpur to Ipoh and is a comfortable drive.
Ipoh does have an airport but only a few flights operate to and from the city. 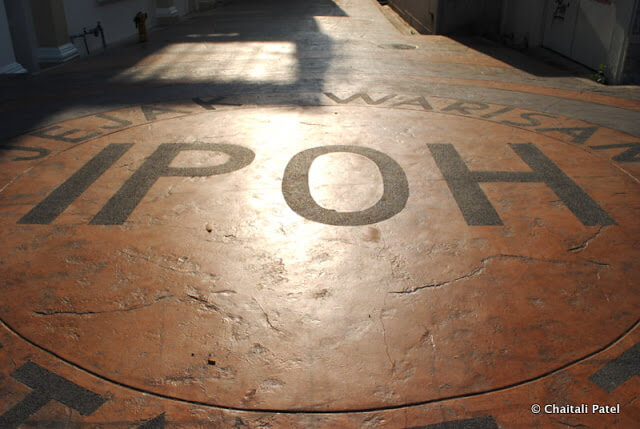